In her practice, Anna Ehrenstein has been working on and transgressing the threshold between low and high culture often challenging its intersections and differences as well as the notion of a „true or authentic self“. Ehrenstein’s video work „Real Thomas Metzinger“ seems to once more map out and dispute, where our culture’s sensitivities lie, this time in regards to her so-called nose job, one of the most common plastic surgeries of our times. And indeed even, as she/Anna Ehrenstein? states in her essay „Cosmetic Policing“, in Progressive-Queer-Feminist-Harness-Sneaker-Arm-pit- Hair-Army-Epicenter-Berlin openly displaying the tell-all signs of plastic surgery whips up feelings. From accusations of abiding to the beauty standards of White Supremacy, to attempts of unrequired justification by mentioning childhood injuries: everybody seems comfortable to comment on and discuss – ultimately to police – a female body. It is really quite surprising, or is it? Ehrenstein mixes images from her freshly bandaged nose, e.g. in her hospital bed, while doing the shopping or taking a DNA test, with imagery produced via deep-fake video apps. We see footage of Oprah Winfrey or Elvis Presley as memes, smiling, sneering and grimacing, superimposed by quotes taken from near scientist Thomas Metzinger‘s book „The Ego Tunnel“, in which he describes the „self“ as just as virtual as our reality. „And yes, there is an objective reality“ voices a deep-fake Aziza al-Yousef, Saudi Arabian women’s rights activist and academic, in the video. Ehrenstein seems to question if there ever is or has been an authentic self. 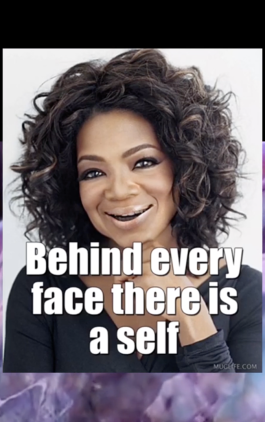 Raised between Germany and Albania, Anna Ehrenstein’s transdisciplinary artistic practice circulates around realities and reflections around migration-related material culture and diasporic narratives. While her mother could access a work visa, her father left Germany after denied asylum and started anew in Tirana. This biographical peculiarity and growing up between the two most distinct societies on what is atm constructed as the European continent, aroused her interest in the necropolitics of migration. The main focus of her work is thinking about the perspective and material culture of the periphery, networked images and ecologies. The materialisation of intangible data and consciousness within circular glitch assemblies is as much part of her installation process as texts and written word. She works with a large number of groups on joint artistic projects and believes in the radical possibilities of collective unlearning.